The World Citrus Organisation (WCO) has released its annual Northern Hemisphere Citrus Forecast for the upcoming citrus season (2022-23). The Forecast, which was presented during the third edition of the Global Citrus Congress on 30 November 2022 online, is based on data from Egypt, Greece, Israel, Italy, Morocco, Spain, Tunisia, Turkey, and the United States. This year the Forecast shows that citrus production is projected to reach 25,958,275 T, which represents a 13% decrease compared to the previous season.

WCO, the World Citrus Organisation, has released its annual Northern Hemisphere Citrus Forecast for the upcoming citrus season (2022-23) during the third edition of the Global Citrus Congress, which took place online on 30 November 2022. The preliminary Forecast is based on data from industry associations from Egypt, Greece, Israel, Italy, Morocco, Spain, Tunisia, and Turkey, in addition to the United States (based on USDA reports for Arizona, California, Florida, and Texas).

During the Global Citrus Congress Philippe Binard, WCO Secretary General, summarised the outcome of the Forecast, “The market insights we received from the major citrus-producing countries in the Northern Hemisphere suggest that the 2022-23 citrus crop is projected to drop to 25,958,275 T. This represents a marked 13% decrease compared to the previous season”. Eric Imbert from CIRAD (WCO Technical Secretariat) added, “This year’s crop is one of the smallest of the last seasons, mainly due to climatic issues in leading export countries. But despite the decrease in Northern Hemisphere production, the citrus market continues to remain buoyant. Citrus is still one of the leading fruits on the global market”.

WCO’s citrus forecasting activities take place on a biannual basis ahead of the Northern and Southern Hemisphere seasons. All forecasting is undertaken on a pre-competitive basis, supported by proactive member engagement in citrus data collection. Both forecasts are available to all WCO members as part of their WCO membership to facilitate global understanding of current citrus market developments. From this knowledge-sharing exercise, the sector is able to better position the citrus category on domestic markets and further afield. 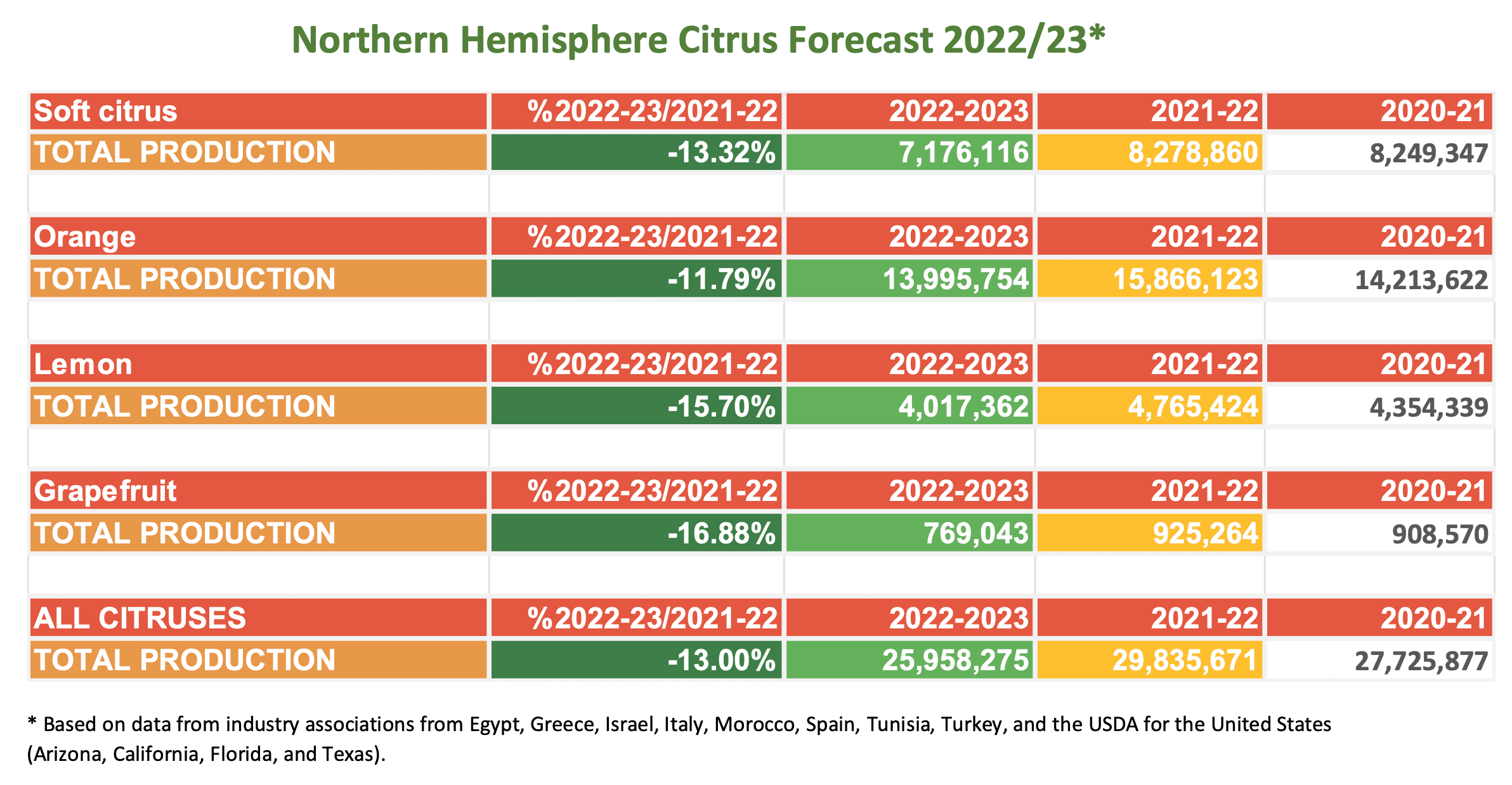